I'm honored and thrilled that my photograph, "The mirror in the memory," from my series, Transitional landscapes, will be included in the 10th Annual International Juried Plastic Camera show at RayKo Gallery. 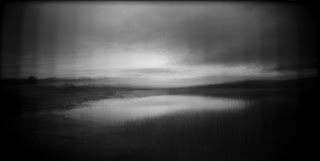 You can preview some of the photos from the show here.

If you've been thinking of going to a show - and/or an opening - at RayKo, this is a good time to do it, since this is to be the last show at RayKo as we know it.

Into the Light at Gray Loft Gallery

My photograph, "Somewhere in another world," from the series Transitional landscapes, will be included in the exhibition Into the Light at Gray Loft Gallery.

Gray Loft Gallery is located at 2889 Ford Street, third floor, Oakland, CA, and can be reached by phone at 510-499-3445. Gray Loft Gallery was voted Best Art Gallery in the 2016 Oakland Magazine Readers' Choice awards, and has been referred to as a hidden gem in the Jingletown arts district of Oakland. Retired San Francisco Chronicle art critic Kennet Baker called Gray Loft "a space gaining prominence in the Bay Area."

Another reception is scheduled in conjunction with the Alameda and Jingletown Second Friday Art Walk on March 10, from 6:00 - 9:00 p.m. 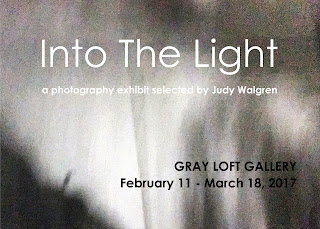 The juror for Into the Light was Judy Walgren, Pulitzer Prize winner, Editorial Director of ViewFind, and former Director of Photography at the San Francisco Chronicle. Participating artists are